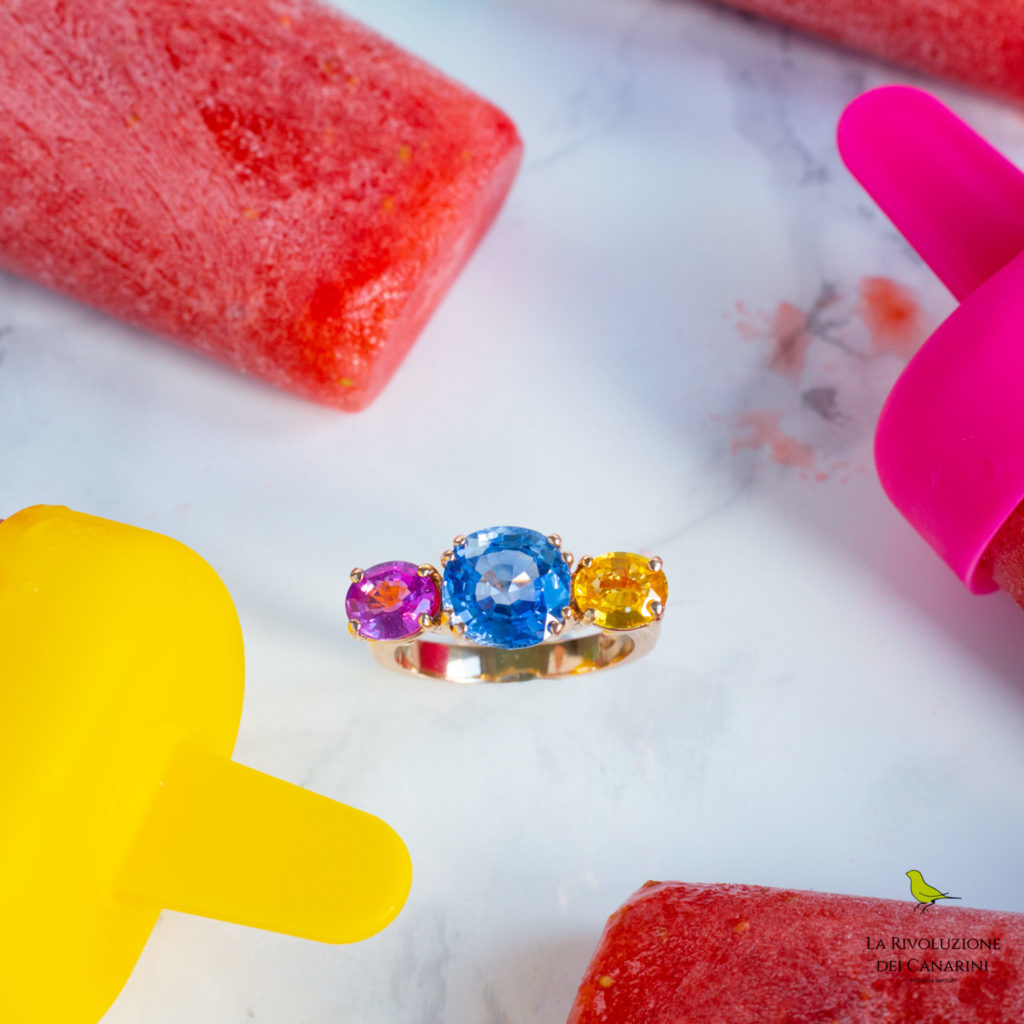 One, two and three; blue, yellow and pink. On the finger a tris of corundums… only joking… sapphires! What beautiful colours! To think of some candies it’s too easy, slurp! Ok I’m serious: in the center of this ring, realized for a very special person, there is a Ceylon sapphire. Ceylon sapphire has been valued for its vivid color, that tends towards a lighter and brighter blue than the dark blue sapphires from Australia and Thailand. A light blue that I would like to fly into. Between this spectacular gem there are yellow and pink sapphires, two other marvelous expressions of this precious gem. These are from Sri Lanka too.

The pink sapphires are corundums that contain trace elements of chromium which gives them the appearance of pink colour but not intense enough to call it a ruby.

The sensation that this ring gives me is lightness and freshness. It is an important ring but it can be worn with a casual style: a pair of jeans, a white t-shirt and an Hermès foulard… 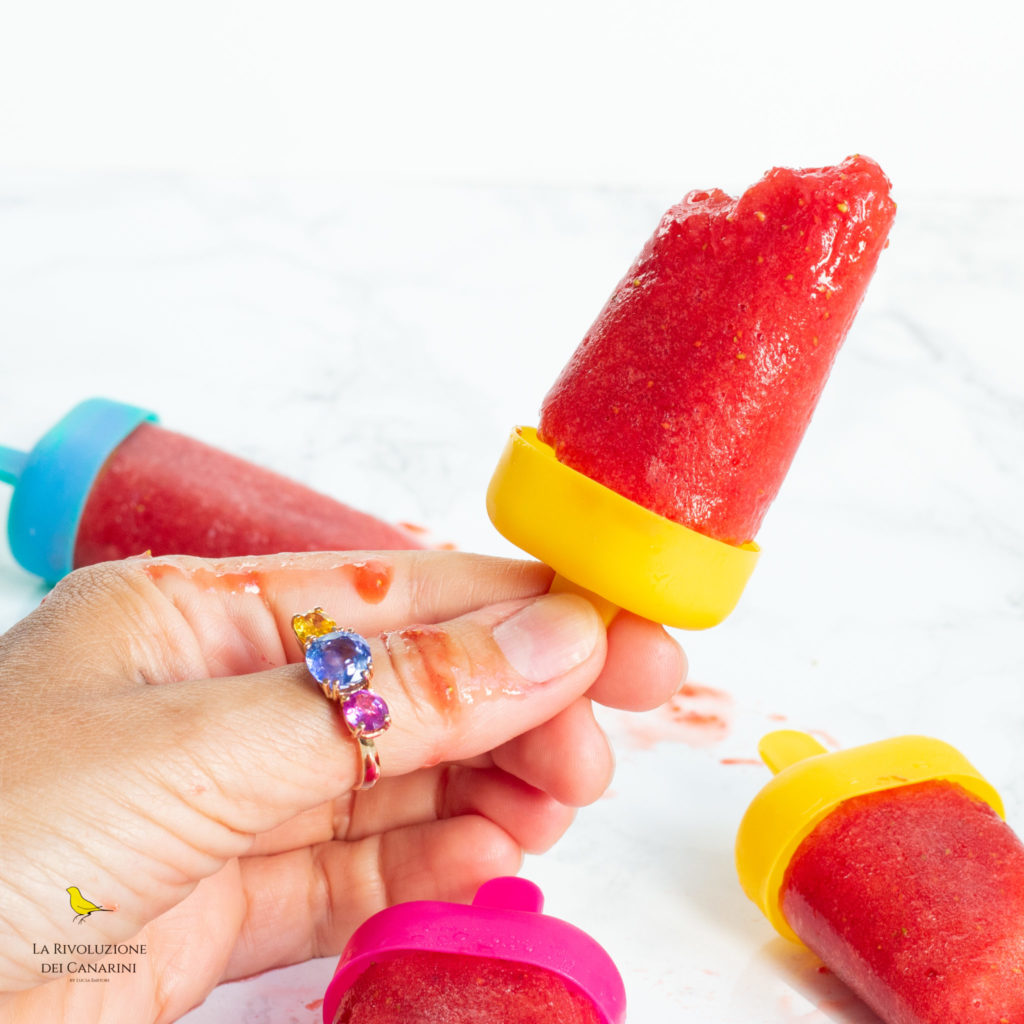 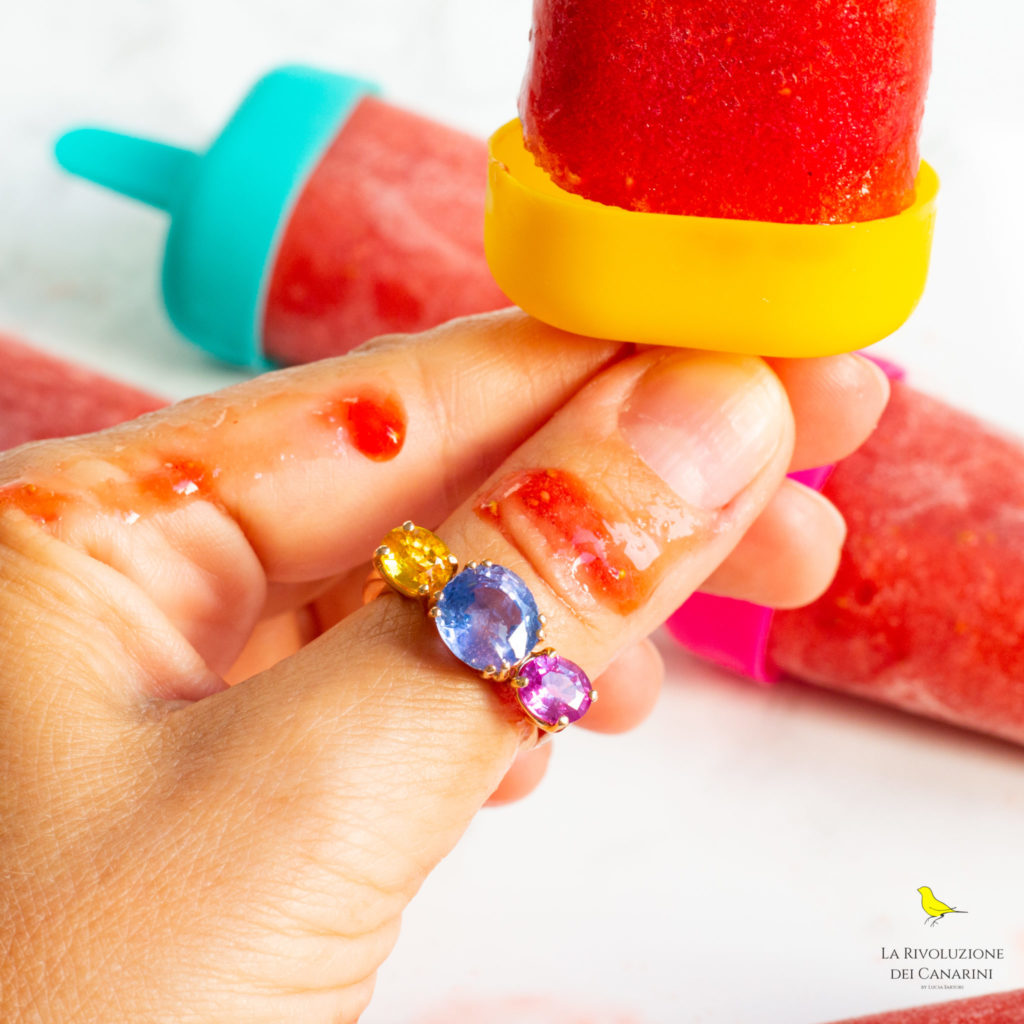