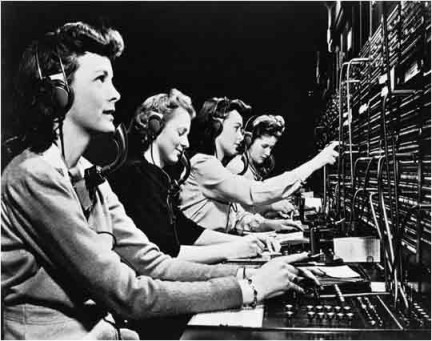 “Good evening, I’m Maria and I call on behalf of …” Every time you pick up the phone and hear a feminine voice saying these words with a buzz on the background, you fell bad. In a very flash of time you search in your mind the very known sentences to tell as soon as the lady comes back from the apnoea she immerse herself in, in order to play all the way down the famous “company note” she has to tell. “We are not interested” and “the boss is out of the office” are the most common ones, but still there are people that get lost trying to find an excuse to avoid listening.

I can hear from here your comments and the smoke coming out your nose like the angry emoji of the mobile. I know, we’re overpowered, we can’t stand it any more, they call us at every hour.

You’re right, but however annoying, harassing and know-it-all they could be, even if they interrupted your work 50 times, they are still human beings that are at work and so worthy of respect and dignity. We have to act politely. Some of you could tell me that some of them are rude, and yes, you can treat them rudely in return.
I always thought I have to be polite with the phone operators, (I don’t even know how to call them… Oh yes, telemarketing operators) even if I never seen the movie with Sabrina Ferilli “Tutta la Vita Davanti”. But now that I had a direct experience, I’ll support that we must be polite.

I won’t tell you about obsessed workmates, or about the ones that want a career at any cost, I’ll tell you just one thing: all that have been said about the call centers is true, it isn’t a legend.
So, what you have to know is that the telemarketing operators have a script (a few phrases about what they have to say) that they have to repeat to the unfortunate guy who answers the phone. Obviously, the approach, rhythm, emphasis are at the operator discretion and the phrases  can be improved or changed in order to obtain the goal they’re trying to achieve.

During the last few days of my experience in a call center, I heard a colleague that said the word “kindly” at least 7 times in just one call, but the last day a new entry in our crew, decided to develop his script with the phrase: “Good evening, I introduce myself ….”. Suddenly (I confess it was my last day so I wasn’t very much concentrate in the job that day) I had a flash in my mind and I image the scene of “Pride and Prejudice”  when Mr. Collins, walking through the luxurious dining room of Netherfield, introduced himself to the proud Mr. Darcy, making the Bennets girls blush.

I thought that maybe Mr. Collins, with his gesture, was the beginning of the end. Maybe in the history, there has being someone that decided to introduce himself without a common acquaintance, beginning an historical period in which the protocol have been overturn. What if I say that maybe, all these intimacy is the result of the thoughtless behavior of the annoying character? Ok my idea can be a bit foolish or irrational, but think about it… it can be!

In the moment I heard my colleague introduced herself I regret the time when it was impossible to get new acquaintances but with the help of other people, and I thought that maybe, if someone stopped Mr. Collins, nowadays we weren’t bombard with telephone calls of people who dare to introduce themselves.