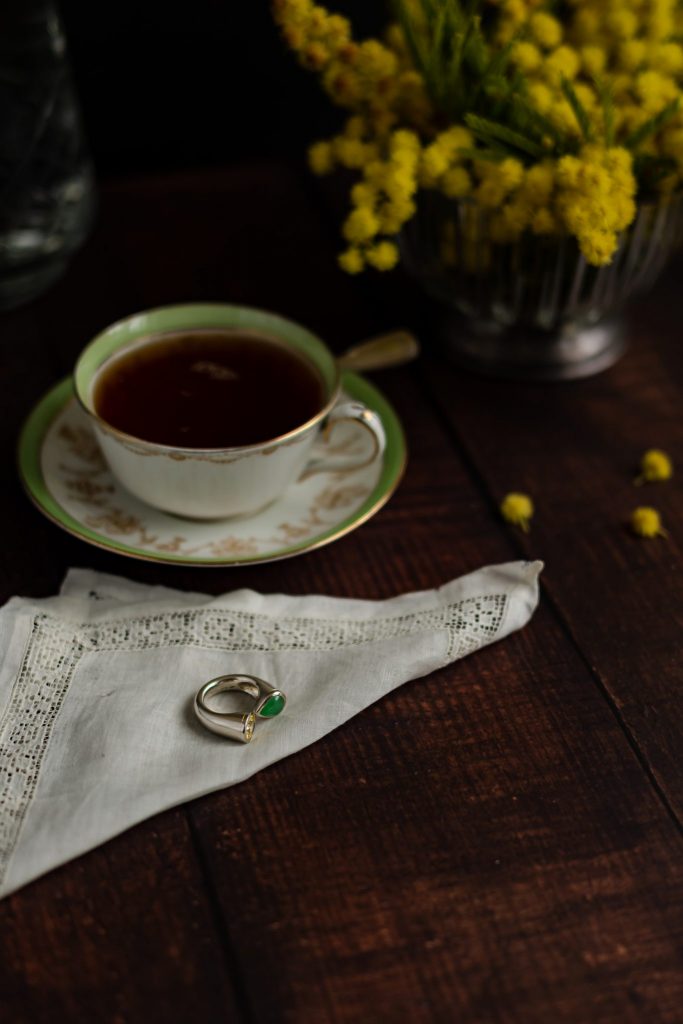 While in the East the Jade stone enjoys great consideration thanks to the profound meanings they attribute to it and thanks to the ancient cultural tradition, in the West it is rarer and little known. In Chinese culture, jade symbolises nobility, perfection, constancy and immortality and for years has been considered the most spiritual above precious stones. Even today, the Chinese maintain the belief that in addition to being beautiful, jade is able to protect against misfortune and bring good luck.

I still remember the opening scene of the film “The Last Emperor” in which a jade stone was placed in the empress’ mouth when she died. Just like we do by putting some small change in the pockets of our deads.

In this ring, the dense but satiny green of the jade faces a yellow sapphire of a different shape. Different densities and shines are contrasted, while the warm colours hit the cold of the steel like white gold.

Modernity and ancient tradition combined in a single piece that is expression of style and elegance, essentiality but also deep culture. 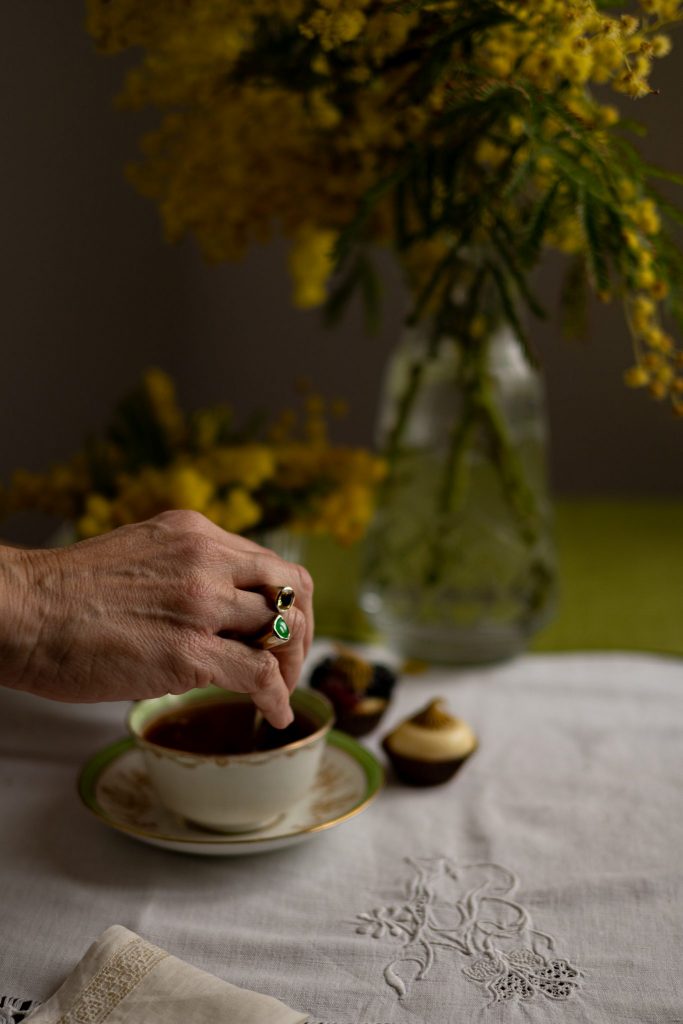 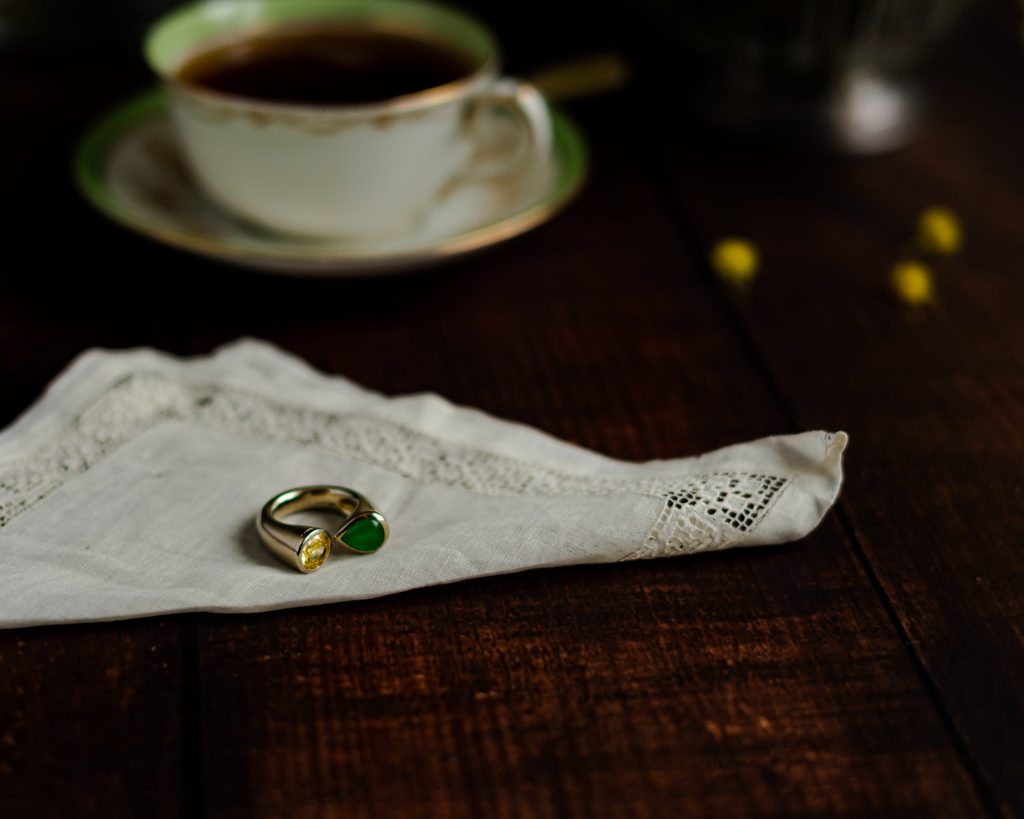 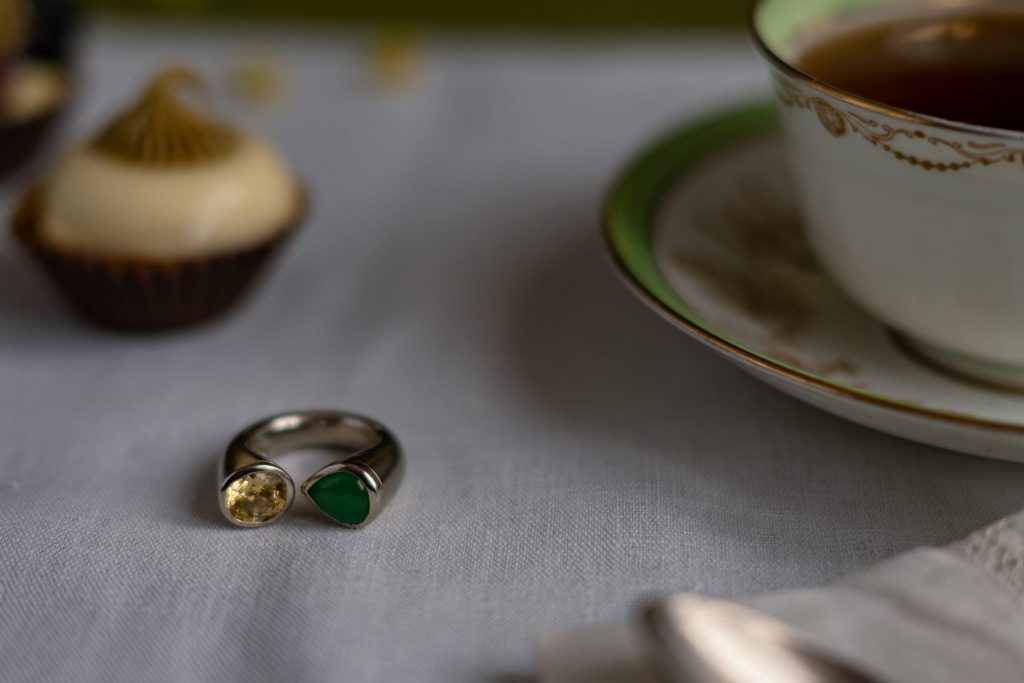 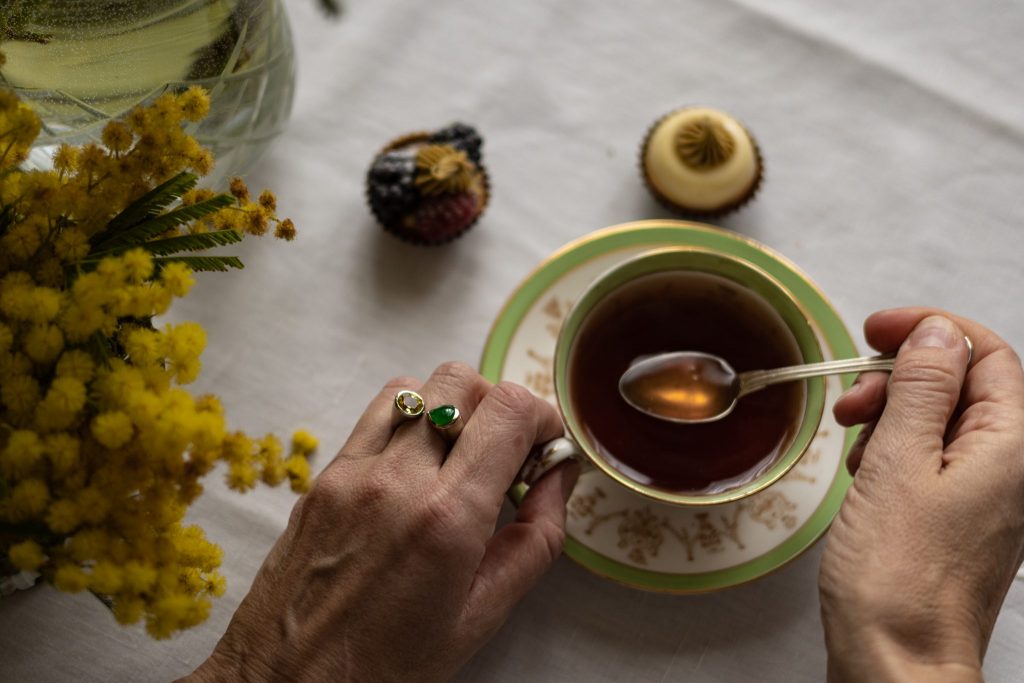